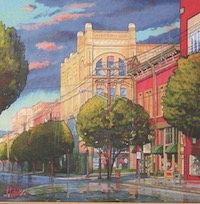 (First airdate: July 31, 2018) RICHARD DAVIES: FIGHTING FOR THE UNDERDOG. Our Town Host Maryanne McNellis interviews Richard Davies, head public defender for Jefferson County. Charged with murder? Caught robbing a bank? If you can’t afford to pay for a lawyer, the judge is likely to appoint Richard and his team at Jefferson Associates Council to defend you in a criminal case. After more than two decades fighting for the underdog, Richard’s still an idealist at heart. He’s a passionate believer in the American justice system.